RSPB: Save the Albatros

Embracing the power of emotions and children.

The charity had previously run a shocking campaign about how albatrosses were dying out because they were getting caught up in fishing equipment and drowning. But it didn’t make an impact, it just turned people off.

We took a different approach.

Following insight research and street interviews, we discovered many people weren’t actually sure what an albatross was, other than a bird. Adults would often admit they weren’t sure but kids imagined what one was.

The idea that once the albatross became extinct our kids wouldn’t be able to see one, they could only imagine, became a powerful proposition.

The campaign was very successful and created a dramatic increase in awareness and willing to donate, especially among under 35s. 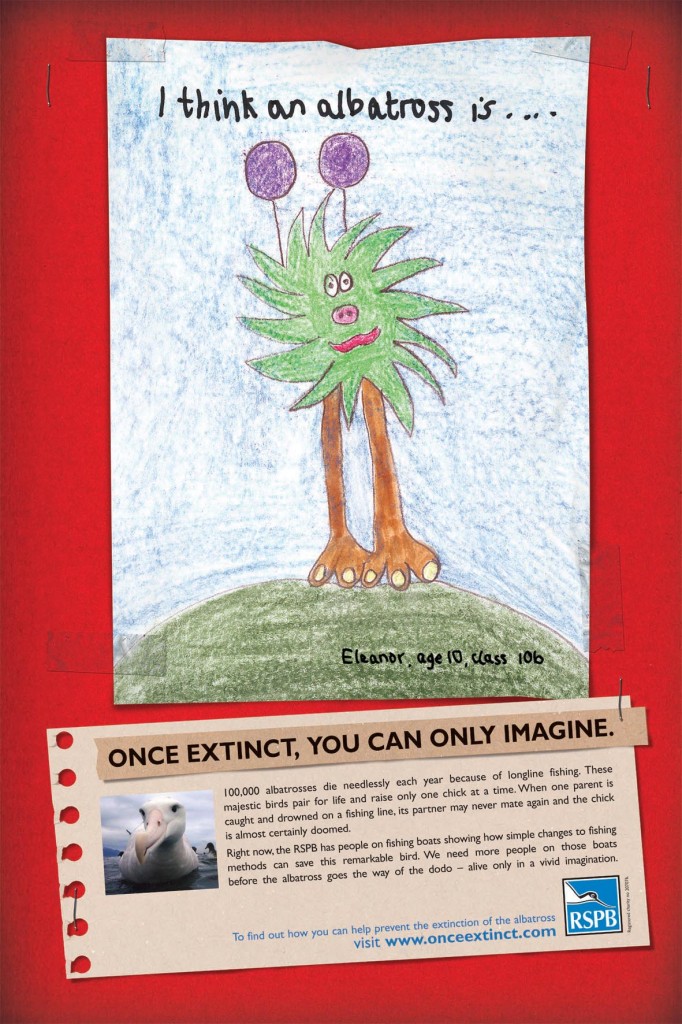 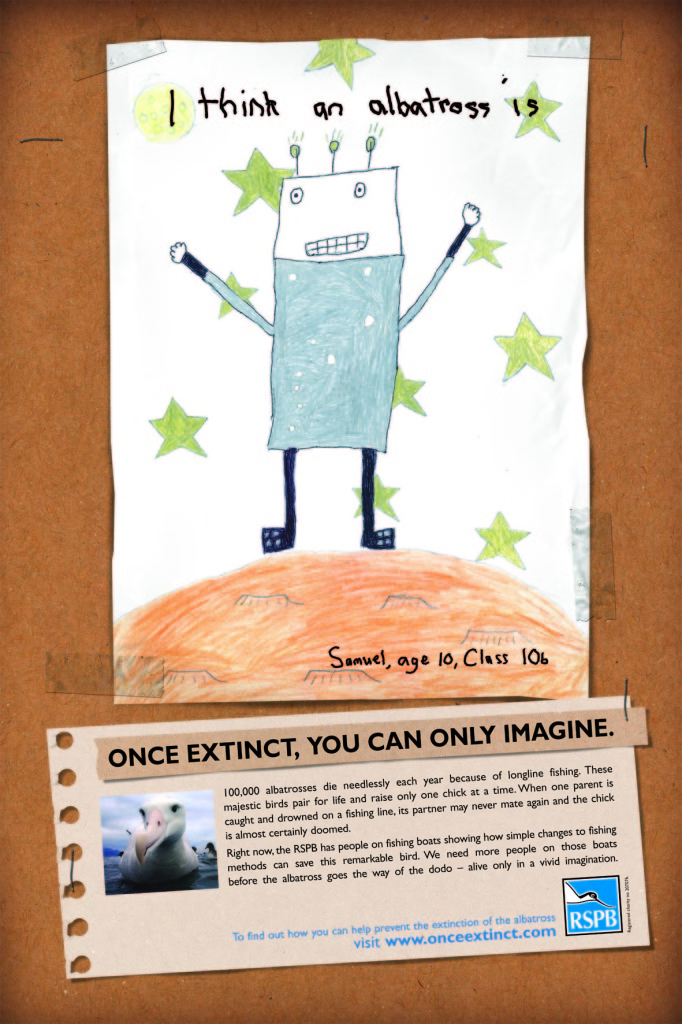 In DM terms this was a first. The letter was sent from the head of the school not the usual fundraising manager. The letter explained why the school supported the campaign and resulted in twice the normal RSPB DM response rate.

PREVIOUSGreen Energy: Case Study
BACK TO ALL PROJECTS